I was just out walking to a train. Leaving the house a heavy, cold rain pelted me. As I walked I could feel the air grow colder, the rain grew heavier, thicker. I looked at my jacket, put out my hands to catch the rain, to see if it was the slush it felt like I was being hit with. It was not. It was fat rain drops, each feeling and looking a touch asymmetrical, but none anything more than water in that moment.
A few moments later, despite the fact that I was looking to the best of my fallible ability to see the phase transition, I was walking in a snow storm. There was no moment when rain and snow seemed to share the sky, but there was no moment of noticeable transition, either. There was that sense, a visceral sense beyond the conscious, that sense that makes up magic, the miraculous, the sublime, that sense that something unnatural, something beyond the physical realm we inhabit, has occurred and you were a part of it, but your senses weren't fast enough, sharp enough, to catch it.
It was a perfect moment.
I do not ever want to capture that moment, I do want to someday share it. 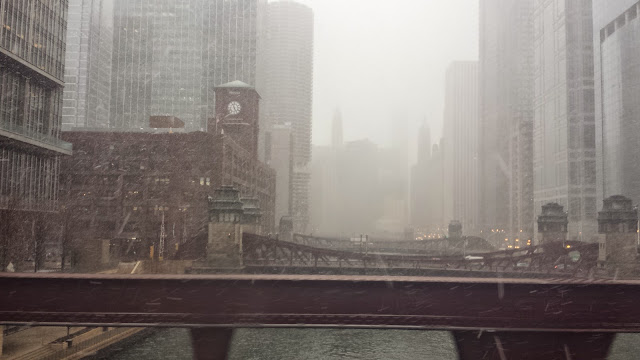 Once upon a time I drove a tractor. I was not creating a new mind-shattering installation for EbM. I was, however, dreaming of creating one.
And now, I have said installation in the calendar for 02017.
Yes, this weekend I spoke with the mighty Adam Blue

and, as well as bringing his organization, AVA, onboard with RIME for our inaugural, experiment in 02015, he has agreed to host an EbM installation on his family's property outside Lebanon, NH.

A good weekend was had by all.